Hi, I'm looking for new
Shirts
in a sizethat costs between £&. Show me all theitems, made from
Go

Your contact is very important to us please fill out the form below.

Likewise, the motifs and symbols in handmade rugs have a story to tell. Here are some common motifs and what they symbolise: 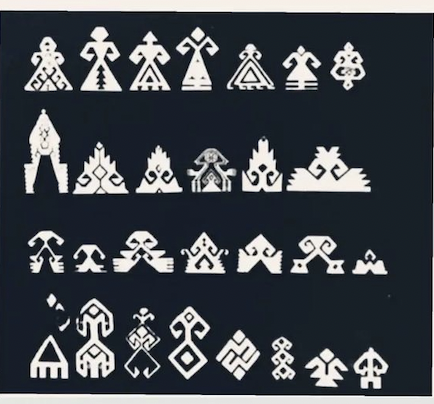 Woman with hands on their sides comes from “Mother Goddess”. It depicts a fertile woman. 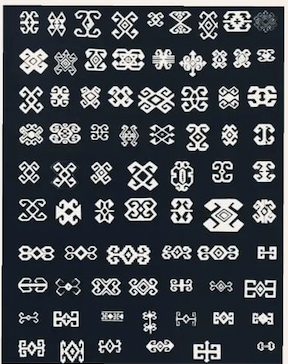 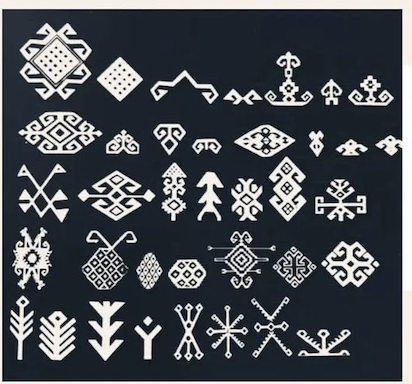 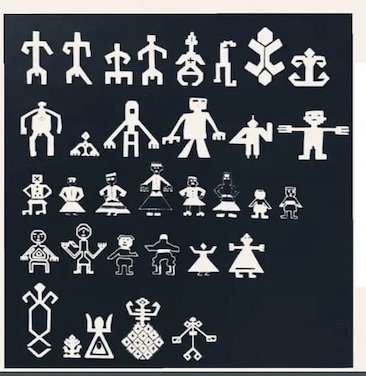 The depiction of a person is to celebrate a particular person or child’s expectancy. 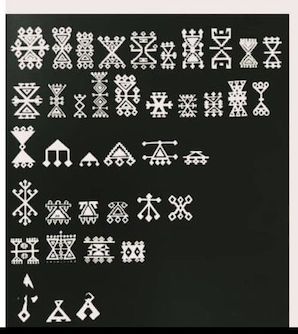 Hair decoration ornaments depict readiness or expecting to be married. 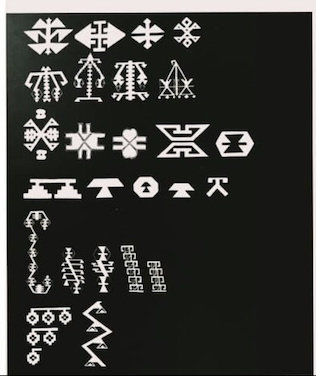 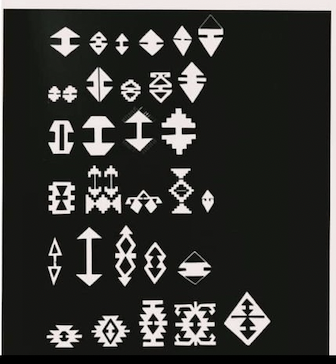 These are chains that depict family ties and devolution to your love. Gifting a rug with these motifs to a newlywed is for the longevity of marriage. 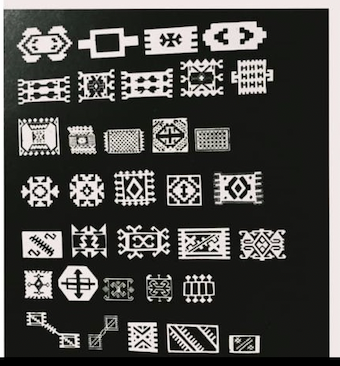 These motifs in a kilim in the bride’s dowry depict their readiness for marriage and childbearing. In some cases, it also represents death and a coffin. 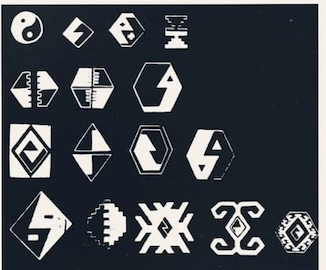 These motifs come from the Far East and are known as yin and yang and depict harmony and equality between husband and wife. 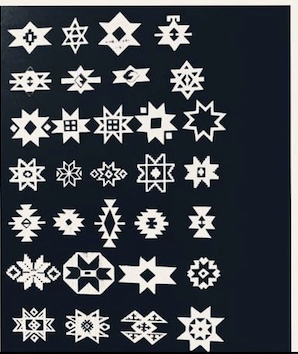 Stars were used in most carpets and kilims to show happiness and fertility. The star motif, which was usually known as Solomons’s kindness/ love, depicted the compassion of angel mothers. Eight sided stars or more were seen more in Turkish Anatolian carpets. 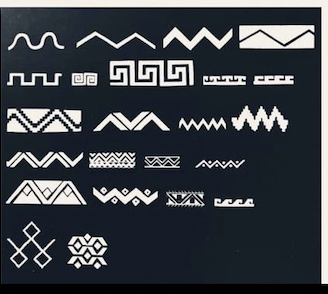 This motif is derived from the importance of water in life. The cloud, vase or water vessel are all the same themes but represent water. 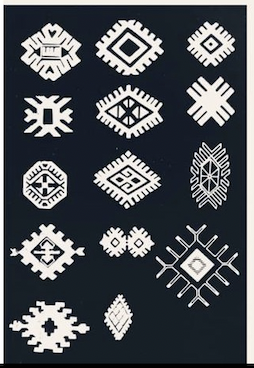 This motif is derived from the plant Greater Burdock, and it was thought it fends off the evil eye. It also represents plentifulness. 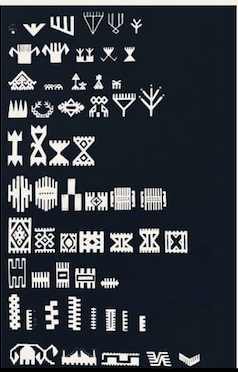 These motifs consist of five lines. It was believed that the number five or five fingers (hand) fend off the evil eye. On the other hand, the comb design represents protection for marriage and birth. 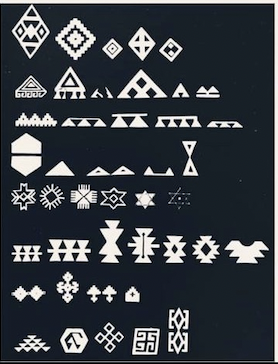 Kabala or spell is usually written on a triangular frame for protection against evil. 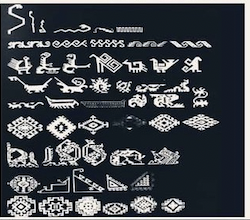 The history of the snake motif goes back to early ages. The Snake motif is for protection, but the Black Snake represents success and fertility.

The dragon is a legendary motif with a lion’s legs and a snake’s tail. It was believed dragons were the keepers of the sky, water and the cause of eclipses, along with the keeper of treasure and the tree of life. There is another story that when dragon and phoenix fly together, spring rain starts falling, which is why sometimes dragons are presented as clouds. 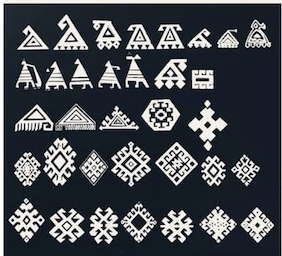 These are known as the wolf’s jaws or footprints. It was believed it would give protection against wolves. Wolf attack was the main threat to the herds of nomadic people. 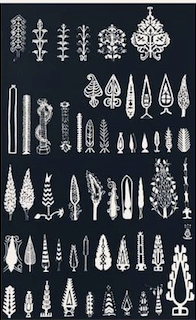 Tree of life. It represents infinite life or peace in the afterlife. The trees are derived from pine, palm, pomegranate, fig and olive trees. 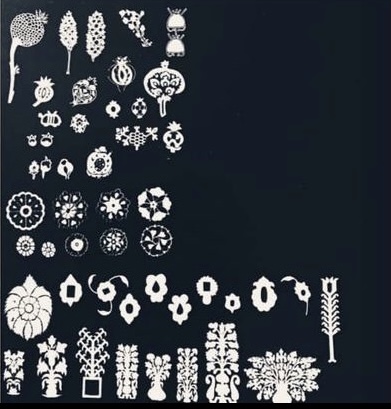 Flowers, Flowers are used in all places for decoration. Flowers like rose, carnation, tulip and hyacinth are usually used. Some of these flowers represent other things like the hyacinth represents paradise and the tulip expecting a male offspring. 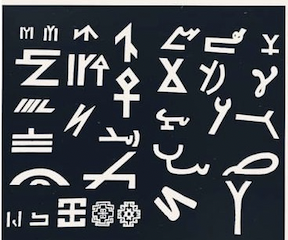 Family Motifs. Some families had their symbols (code of arms) woven into kilims. 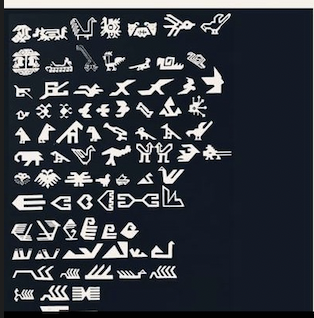 Birds. Birds represent many things, like good luck or bad luck, love, the spirit of a deceased woman, willingness, expecting news or power.

HOW TO CHOOSE THE BEST RUG

We use cookies on our website to give you the most relevant experience by remembering your preferences and repeat visits. By clicking “Accept”, you consent to the use of ALL the cookies.
Cookie settingsACCEPT
Manage consent

This website uses cookies to improve your experience while you navigate through the website. Out of these, the cookies that are categorized as necessary are stored on your browser as they are essential for the working of basic functionalities of the website. We also use third-party cookies that help us analyze and understand how you use this website. These cookies will be stored in your browser only with your consent. You also have the option to opt-out of these cookies. But opting out of some of these cookies may affect your browsing experience.
Necessary Always Enabled
Necessary cookies are absolutely essential for the website to function properly. These cookies ensure basic functionalities and security features of the website, anonymously.
Functional
Functional cookies help to perform certain functionalities like sharing the content of the website on social media platforms, collect feedbacks, and other third-party features.
Performance
Performance cookies are used to understand and analyze the key performance indexes of the website which helps in delivering a better user experience for the visitors.
Analytics
Analytical cookies are used to understand how visitors interact with the website. These cookies help provide information on metrics the number of visitors, bounce rate, traffic source, etc.
Advertisement
Advertisement cookies are used to provide visitors with relevant ads and marketing campaigns. These cookies track visitors across websites and collect information to provide customized ads.
Others
Other uncategorized cookies are those that are being analyzed and have not been classified into a category as yet.
SAVE & ACCEPT